„Nothing can last forever” – it is said in one of the famous Polish songs, and that’s true. Nothing is stable in this world, even things that appear as the most stable – finally will decay. This is the nature of this world, ruled by forces that are impossible to control by anybody. And although many scientists do their best to contradict this natural decay – material laws are following their path unflinchingly.


It is difficult for us to agree with this, because we are built from another “matter” – “matter” which doesn’t disintegrate, because it just can’t :) It’s a spiritual energy – eternal, stable and it is never defeated by the influence of this world. ETERNITY is our nature, that’s why we cannot, we don’t know how and we don’t want to accept the fact temporariness. When your body ages – you are in pain, you are unpleasantly surprised with every new wrinkle appearing on your brow or the blotch on your hand. I don’t even want to mention death! Death for the living beings is so unnatural, that in facing it we are ready to do anything not to die. That’s not strange at all. Who wants to die? Who wants to go to the unknown without a possibility of return? NOBODY :) 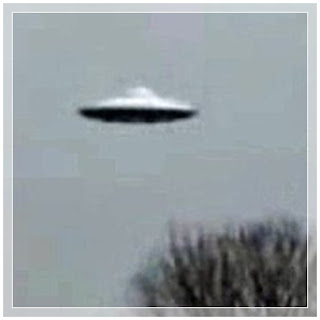 But there is no solution for this merciless law of temporariness. This is just how it is… Only the knowledge about the fact, that we do not belong to this world, is the real liberation. We are like aliens from another galaxy temporarily staying on the Earth.
People say, that UFO or other strange creatures sometimes appear on the Earth. But… we are the UFOs!!! Identified objects, which appeared on the Earth, and after a set amount of time we have to leave. We put on suits enabling us to function in this world – our bodies – perfectly made appliances, which after some time of usage decay and we have to leave them. If you don’t belong to this world, then to live here you must to have a suit, through which you see, smell or hear. Sometimes, when someone’s suit has a defect, then it doesn’t work correctly: because it can’t see, or can’t hear, or is definitely immobile. To reside in such body is a nightmare…
But another world exists, another dimension where you are really yourself, without that needless corporal ballast. The concept of time doesn’t exist there, the decay processes don’t occur, death doesn’t exist. This is our real home, for which everyone yearns and when it is reached, then there is nothing else to wish for.
And so, in fact:
EVERYTHING CAN LAST FOREVER!
Posted by 4Jivas at 2:18 AM

Blogs in Other Languages